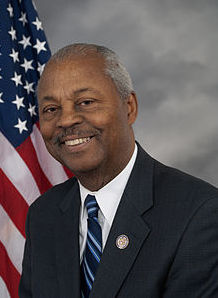 The foundation was established on September 13, 2013 in the name of the late Congressman Donald M Payne Sr.  Congressman Payne was a leader whose career, prior to his election to Congress, encompassed being an entrepreneur, a teacher, president of the National Council of YMCAs and Chairman of the world YMCA Refugee and Rehabilitation Committee. He served the 10th Congressional District of New Jersey 12 terms, until his untimely death. During his life he was a leader who always sought reconciliation and championed the oppressed at home and abroad. He was well known throughout the continent of Africa, was particularly active on the conflict in the Darfur region of South Sudan as well as the Western Sahara conflict.  He was also recognized as having the most supportive record in Congress on issues involving the Northern Ireland peace process.

In addition, as a Member of Congress, he chaired the Congressional Black Caucus and served on the Democratic Steering Committee. He was also a member of the House Committee on Foreign Affairs and Chair of the Subcommittee on Africa and Global Health. Congressman Payne was at the forefront of efforts to restore democracy and human rights in nations throughout the globe. He was one of five members of Congress chosen to accompany then President Bill Clinton and Hillary Rodham Clinton on their historic six nation tour of Africa. He also chaired a presidential mission to war-torn Rwanda to help find solutions to that country’s political and humanitarian crises.

As a leading advocate of education, Congressman Payne was instrumental in the passage of key legislation including the Goals 2000 initiative to improve elementary and secondary schools; the School-To-Work Opportunities Act; the National Service Act, establishment of the National Literacy Institute; and funding for Head Start, L Grants, Summer Jobs and Student Loans. Congressman Payne always embodied what became known as the “Payne Principles”: Respect others and consider their points of view; be compassionate; endeavor to improve the human condition; teach civic engagement; and speak up when observing disparaging treatment.

To further the work of Congressman Payne and to promote the principles of respect, promoting education, and supporting the underprivileged and the oppressed with compassion and dignity, the family and friends of Congressman Payne incorporated the Foundation in 2013. A working group was established to support the Board of Trustees, chaired by the Congressman’s elder brother, William D Payne. The other members of the board are: Dr. Robert Curvin, Vaughn Crowe, Shavar Jeffries, Kristi Payne Benitez, Dr. Joyce Harley, David Harris, Bernadette Paolo, Congresswoman Lynn Woolsley - retired, Dr. A. Zachary Yamba and Congressman Donald M. Payne, Jr.