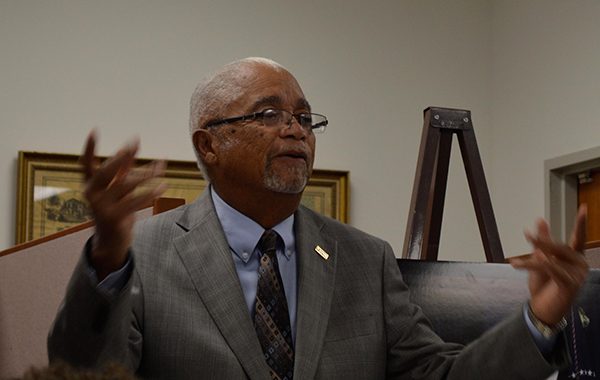 SOUTH ORANGE, N.J. - Seton Hall University's Archives and Special Collections Center introduced the Donald M. Payne, Sr. Papers to the community at an opening reception held on October 12, 2015. The historical manuscript collection of congressional papers from the late Donald M. Payne, Sr. (1934 – 2012), New Jersey’s first African- American congressman who represented the state’s 10th Congressional District in the U.S. House of Representatives from 1989 to 2012, is now available for viewing by the public.

“Congressman Payne, Sr. was a proud Seton Hall alumnus, and the University is honored to have been chosen as the home for the records of his time in office,” said University Libraries Dean John Buschman. “We thank the Payne family for their kindness and generosity in this gift and want them to know how proud his alma mater is of him and his legacy. I know and understand the affection the people of the 10thCongressional District have for Congressman Payne, Sr., and it is well-deserved.”

The reception included a meet and greet cocktail hour, a viewing of the art gallery and library materials and a formal program which concluded with guests invited to view the collection. Several invitees shared their memories of Payne, Sr. and affirmed the significance of the collection, including: Buschman; Larry Robinson, provost and executive vice president of Seton Hall University; Ted Dagne, a longtime friend and supporter of the Donald M. Payne, Sr. Global Foundation; William D. Payne, brother of the late congressman; Wanda and Nicole Payne, daughters of Payne, Sr.; Beatrice Payne, wife of Rep. Donald M. Payne, Jr.; and Jack Payne, grandson of Payne, Sr.

“The beneficiaries of this extraordinary gift are limitless. In addition to the library, where the collection will be housed; other beneficiaries will be those who seek to learn more about Congressman Payne, Sr. and his life's journey as an educator, humanitarian and international peacemaker,” said William D. Payne. “Students seeking to learn of U.S. foreign policy and international affairs will benefit from the Payne, Sr. Papers. They record some of the many foreign policy initiatives which Congressman Payne, Sr. initiated. Researchers and scholars of the workings of the United States Congress will find the collection to be a treasure trove.” 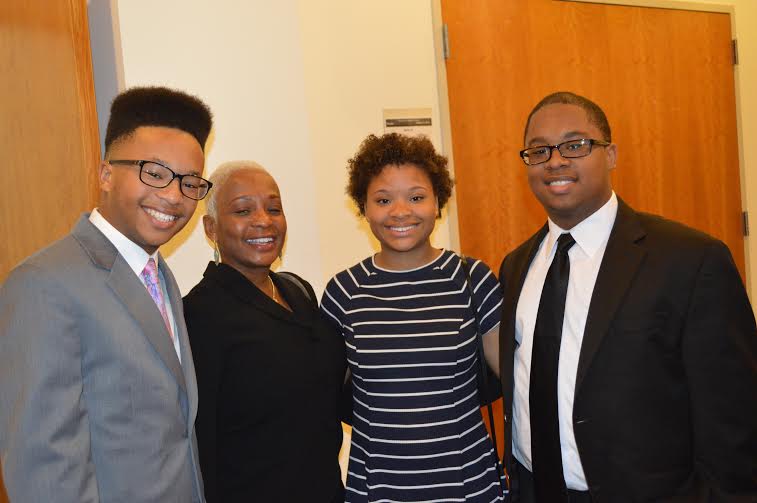 The Donald M. Payne, Sr. Papers is a vast collection of more than 13,000 items – legislative documentation, research files, news clippings, photographs, audio-video recordings and USB flash drives – that chronicle the late congressman’s influence and impact in foreign affairs, including Somalia and other countries in Africa, Northern Ireland, Bosnia, Haiti and many other politically-sensitive locations around the world. It includes documents on major federal legislation in which he was involved – such as increasing education grants for students, reducing interest rates on college loans, and famine relief to the Darfur region of Sudan as well as on his work to secure billions of dollars in foreign aid for treating HIV, AIDS, tuberculosis and malaria. It also documents the many projects and issues he took on for his 10th District constituents, including air noise, jitney service, college funding, the Montclair Art Museum and police funding, among others. A DVD copy of the Congressman Donald M. Payne, Sr. Documentary was also added to the collection at the reception.

“With the acquisition of the Payne, Sr. Papers, Seton Hall University now houses the papers of the past two congressmen who represented New Jersey’s 10th district from 1949 to 2012,” said Buschman. The Peter W. Rodino, Jr. Archives at the Seton Hall University School of Law in Newark, N.J. consist of documents and other materials from the 40-year political career of Rep. Rodino (1909 – 2005), as well as his tenure as a professor at Seton Hall School of Law. He represented the 10th district from 1949 to 1989 and was succeeded by Payne, Sr.

The Donald M. Payne, Sr. Papers collection is available at the Archives and Special Collections Center in the Seton Hall University Walsh Library in South Orange, N.J. The materials are stored in separate folders in more than 100 boxes and can be accessed via a finding aid. They are available for viewing by appointment by calling (973) 761-9476 or emailing [email protected].

One of the country’s leading Catholic universities, Seton Hall University has been developing students in mind, heart and spirit since 1856. Home to nearly 10,000 undergraduate and graduate students and offering more than 90 rigorous academic programs, Seton Hall’s academic excellence has been singled out for distinction by The Princeton Review, U.S. News & World Report and Bloomberg Businessweek.

Seton Hall, which embraces students of all religions, prepares its graduates to be exemplary servant leaders and global citizens. In recent years, the University has experienced record-breaking undergraduate enrollment growth as well as nearly a 100-point increase in the average SAT scores of incoming freshmen. Since 2007, Seton Hall students and alumni have been awarded 18 Fulbright Scholarships as well as other prestigious academic honors including a Rhodes Scholar. A founding member of the new Big East Conference, the Seton Hall Pirates field 14 NCAA Division I varsity sports teams.

The university’s beautiful main campus is located in suburban South Orange, New Jersey, and is only 14 miles from New York City – offering its students a wealth of employment, internship, cultural and entertainment opportunities. The university’s nationally recognized School of Law is prominently located in downtown Newark.