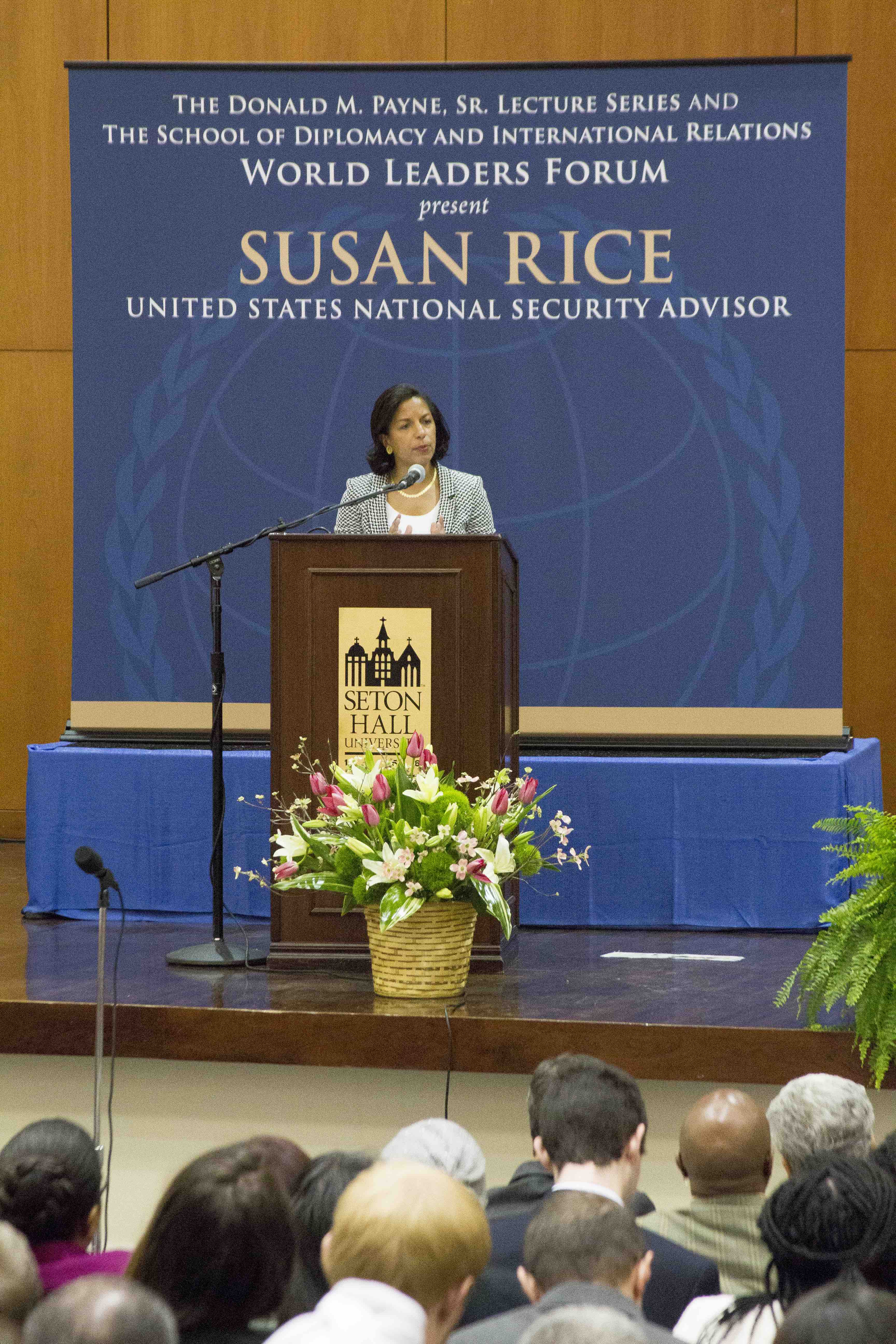 Following are the Ambassador's remarks:

Today, I'm deeply honored to celebrate the life and legacy of a man who I was blessed to work alongside and to call my friend—one of Seton Hall's finest—Congressman Donald Payne, Sr.

I first met Congressman Payne working on Africa issues—when I was on the National Security Council staff during the Clinton Administration, and later when I was Assistant Secretary of State. He was Mr. Africa. He taught me so much, and he always kept me straight. He knew the issues, he asked the hard questions, and he cared so very deeply about making life better for people.

Congressman Payne was instrumental in changing the way the United States engages with Africa. In the 1990s, he was one of the few voices in Congress who insisted that Africa be given the same weight in our foreign policy as every other region of the world. In a town too often stymied by politics, Congressman Payne built a bipartisan consensus to get important things done for Africa—from passing the African Growth and Opportunity Act to launching PEPFAR, President George W. Bush's initiative to fight HIV/AIDS. In 1998, Congressman Payne and I traveled with President Clinton on his six-country trip to Africa—the first visit by an American president to Africa in 20 years.

I want to highlight three ways the United States is focusing on issues that may not always make the headlines, but that are so vital to our shared security and common humanity.

First, we're dealing with multiple, large-scale humanitarian crises around the world. Time and again—no matter what challenges—when disaster strikes, the United States shows up. We respond to an average of 70 crises every year. We resettle more refugees than any other nation, and we grant asylum to tens of thousands of people each year, many of whom have suffered through unspeakable war crimes and atrocities.

Even as we respond to pressing humanitarian crises, we're also addressing the root causes of conflict and instability in our world. In Syria and in so many other cases, humanitarian crises often stem from outbreaks of violence. Always, it's ordinary citizens who pay the heaviest price. So, the second point I want to make today, as Congressman Payne always reminded us, is that we can never stop working for peace—no matter how difficult it may be.

We respond to crises. We work for peace when conflicts arise. And, as a third key way to enhance global stability, we are focused on prevention. President Obama has determined that "preventing mass atrocities and genocide is a core national security interest and a core moral responsibility of the United States." So, we developed a comprehensive strategy to prevent mass violence before it is in full flame and established the first-ever Atrocities Prevention Board to watch for warning signs of impending atrocities. We focus on countries we know to be at serious risk, look for triggers of mass violence, and use all the tools of our power to try to mitigate the chance of widespread conflict. 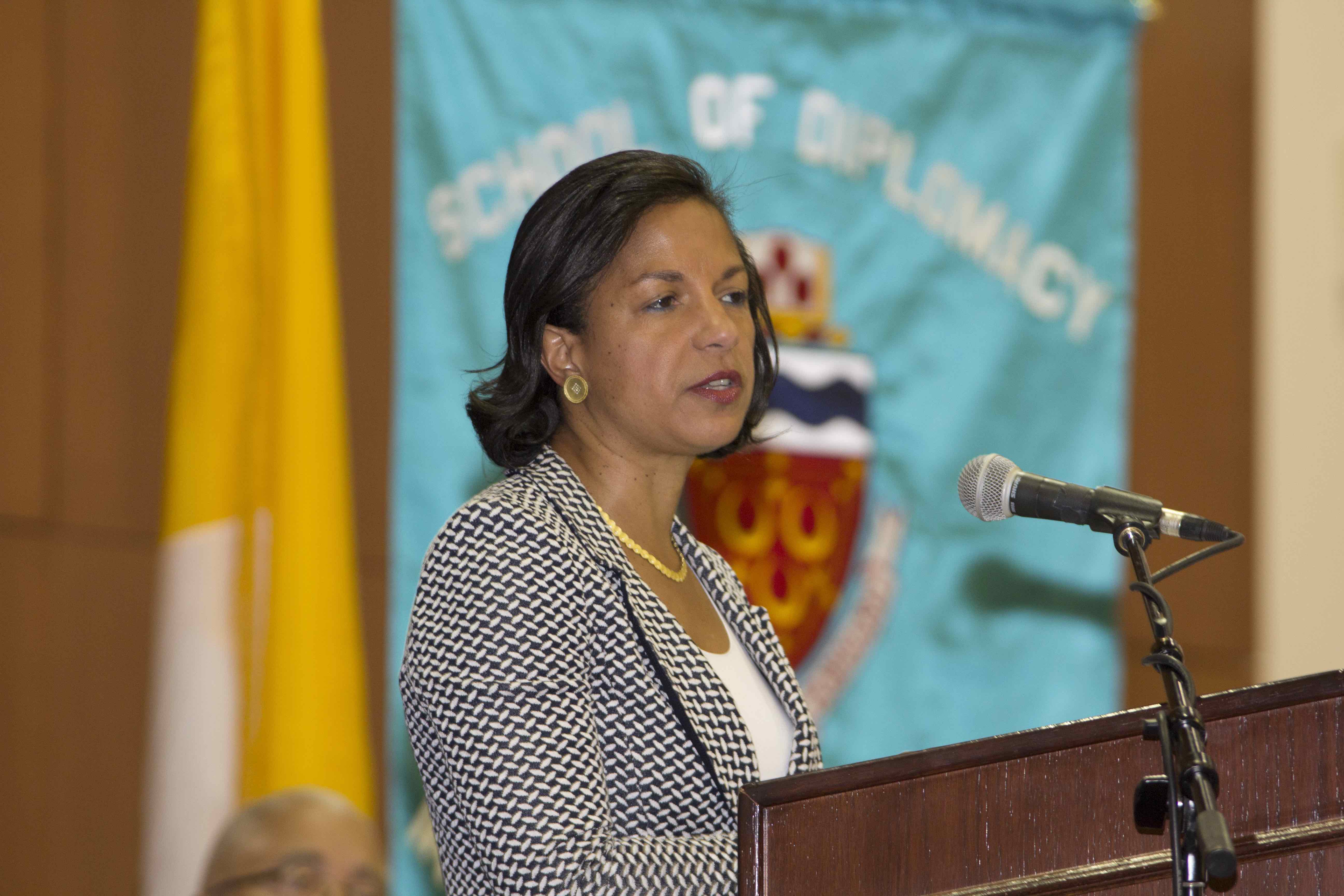 The challenges I've described today—responding to humanitarian crises, ending conflicts, preventing atrocities—are not easy. In fact, they are some of the hardest, most complex issues we face. But, if there's one final lesson from Congressman Payne's life and work, it's this: Success isn't always defined by victory—sometimes it's about the fight

Today, I hope that each of you leaves here with that same spark of compassion and commitment lit within you. We need more people who look at the world and see, not the enormity of the challenges ahead, but the possibility for a better world that lies beyond them. We need more people who ask not "What's in it for me?" but "What can I give so that others may have more?" When it comes right down to it, we need more leaders like Donald Payne.